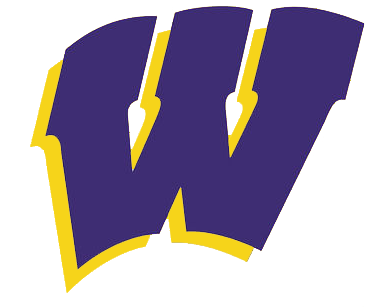 Benny Morgan enters his second season as head coach of the Wilson Cross Country and Track & Field programs in 2020-2021. In 2020, he guided Kaylanna Burroughs to a 17th place finish in the 4-A State Cross Country Championships as a 7th grader.

Prior to coming to Wilson, Morgan served two stints at Southeast Raleigh Magnet High School as head Cross Country and Track & Field coach. The most recent stint from 2018-2019 saw Morgan earn 4-A Coach of the Year honors while leading the Boys and Girls teams to national rankings and the 4-A NCHSAA Indoor State Championships. Under his guidance, the Boys 4 x 200 relay set the state record and won the National New Balance title.

In his first stint from 2000-2004, Morgan led the Boys team to the 2004 4-A State Outdoor Track title. In 2004, the Boys and Girls 4 x 800 relay teams won titles with the Boys team finishing with a national rank of 10. Three out of four Girls track teams placed top three at state championships under Morgan. Also in this first stint, Morgan led three girls cross country teams to the 4-A state championship.

After leaving Southeast Raleigh, Morgan became the interim Head Cross Country and Track & Field coach for Winston-Salem State University in 2005. During his time at Winston-Salem State, Morgan reestablished the program after a 15-year hiatus and guided the top female to the NCAA SE Region X-Country Championship and a 53rd place finish at the NCAA II Nationals.

Morgan rejoined the collegiate level in 2010 serving as the Assistant Track & Field coach at Duke University from 2010-2011. During his time with the Blue Devils, Morgan trained long sprinters and high jumpers. From 2013-2018, Morgan was the Head Cross Country and Track & Field coach for Coker University. During his time at Coker, Morgan took the Women’s track team from next to last to 3rd in the South Atlantic Conference in three years. His women’s team won the 100 m dash, 100 HH, 1500 and 800 m races at the 2017 SAC Championships. Morgan’s top female 800 runner earned NCAA All-American honors as well as a 17th place ranking in the USA (including professionals). From 2015-2016, the Women’s X-Country team ranked as high as 5th in the NCAA II Southeast Region. Morgan’s Men’s team had eight All-Conference hurdlers in the 110 HH and 400 II in 2015-2017.

No Events This Week

Events are added by athletic staff.
View All Events